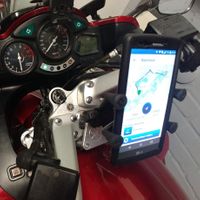 IT Consultant with a passion of riding bike, geocaching, 3D-printing.
GPS Adept starting from a Streetpilot 2610 some 17 years ago.

Posts made by Con Hennekens